The Choir of Saint Brigid

The Choir sings a variety of music from many different time periods, including the work of contemporary composers. The whole group sings together for principal Feasts and Solemnities of the liturgical year and for other special occasions. The Choir is open to adults and teens through an interview with the Director of Music. Rehearsals are held Wednesdays from 7:30 to 9:30 p.m. and Sundays at 10:15 a.m.

Since its founding in 2003, the Choir of Saint Brigid has gained recognition across the Archdiocese of Atlanta. The Choir was invited to provide music at the Eucharistic Congress in 2004, 2012, and 2014. In 2005, the Choir was chosen as the primary choir for the Installation Ceremony of Archbishop Wilton Gregory. The Choir performed with the Atlanta Symphony Orchestra in 2004 and also presented concerts as part of the church’s Sacred and Performing Arts Series. In February 2007 the Choir traveled to Rome, where they performed for Pope Benedict XVI, sang for Masses at St. Peter’s Basilica and other churches in Rome, and presented the Fauré Requiem at the Church of St. Ignatius. In 2010 the Choir performed a concert entitled “A Trinitarian Musical Feast” to raise money for earthquake victims in Haiti. The Choir traveled to New York City in 2012 and performed a concert at Saint Patrick’s Cathedral.

Since 2014, the Choir has been invited to sing the Archbishop’s annual 50/60 Anniversary Mass, and in 2016 sang for the annual Recognition Day Mass of the Atlanta Archdiocesan Council of Catholic Women (AACCW). The Choir also sings for important occasions in the life of the Church, including Christmas Midnight Mass, the evening Mass on Ash Wednesday, Holy Week services, and some Holy Days of Obligation.

Members come from all walks of life, including professional and amateur musicians, artists, attorneys, engineers, administrators, healthcare professionals, and many others. The Choir is directed by Jonathan Eason, who is currently serving as both Director of Music and Organist.

If you would like to join us, contact Jonathan Eason to arrange a meeting. Please do not take counsel from your doubts! You may sing — and read music — better than you think. 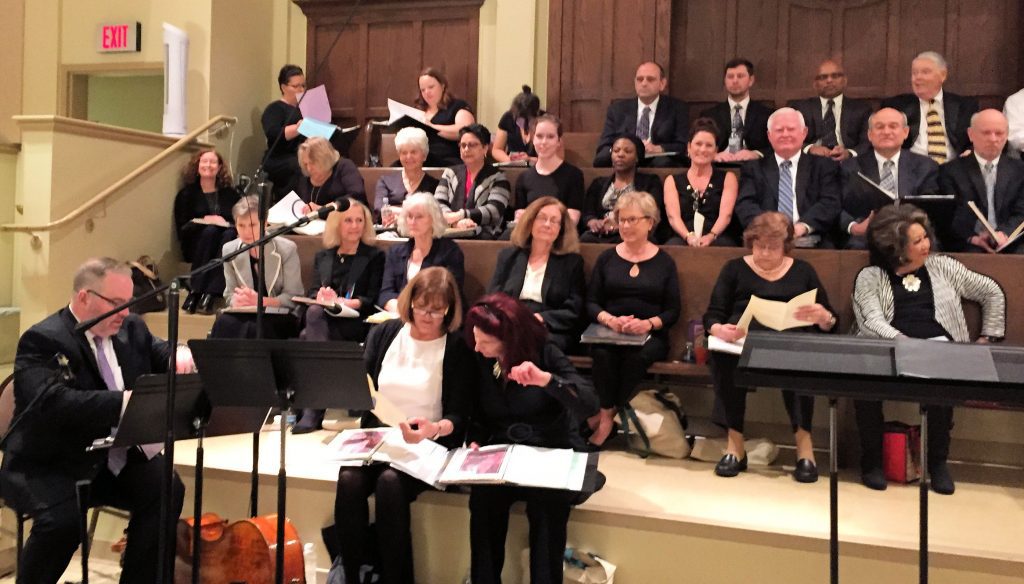 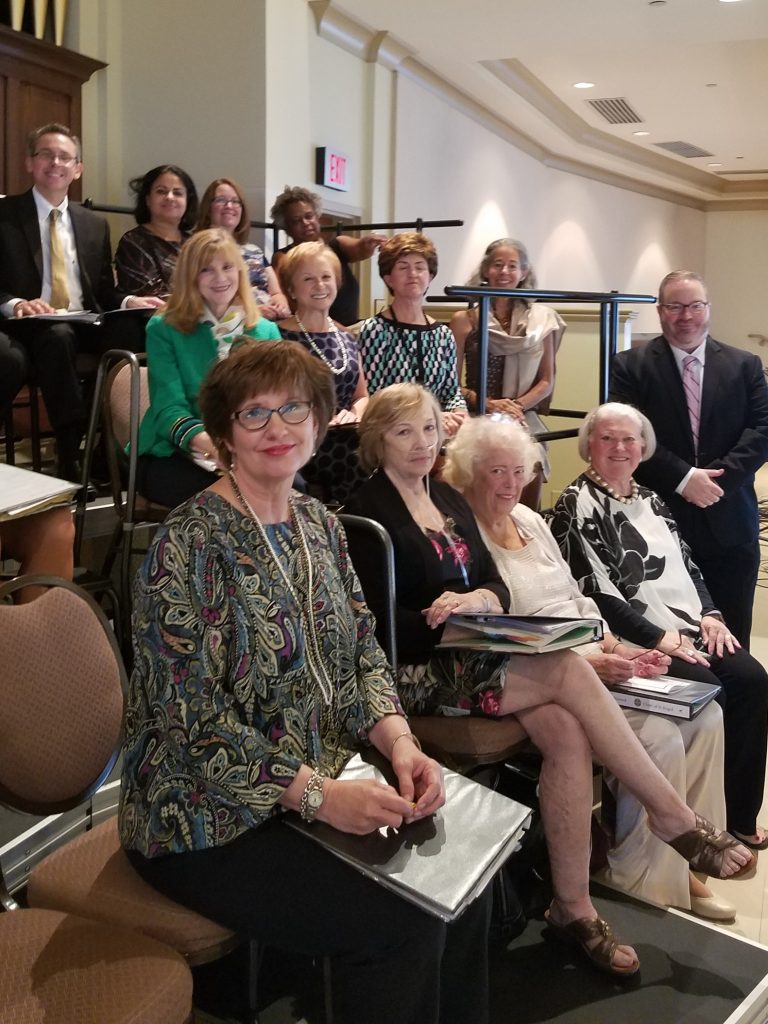 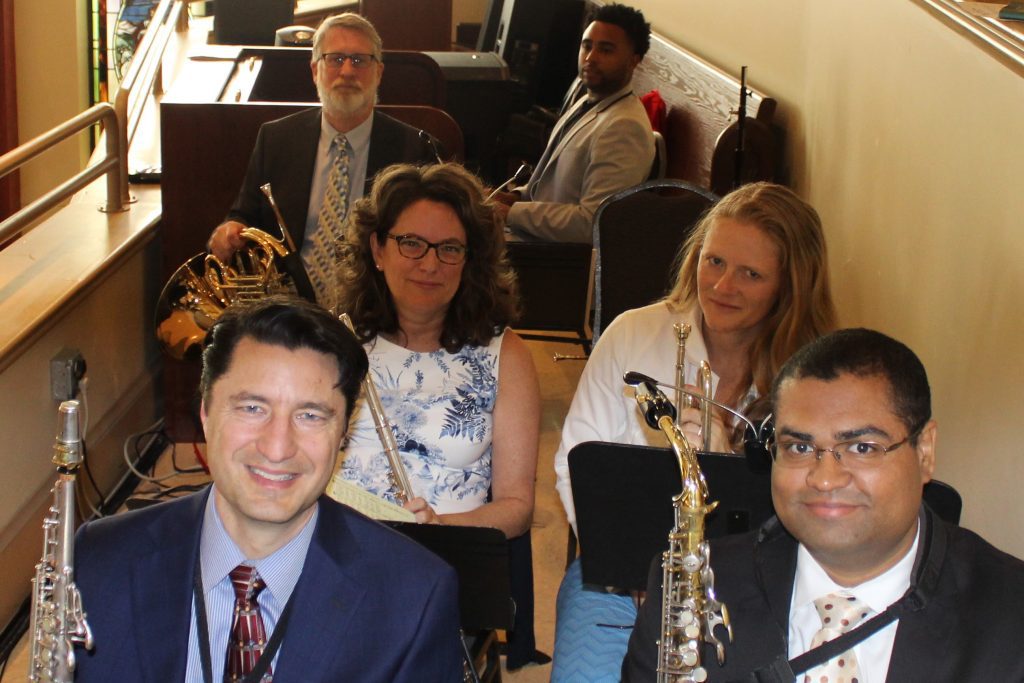 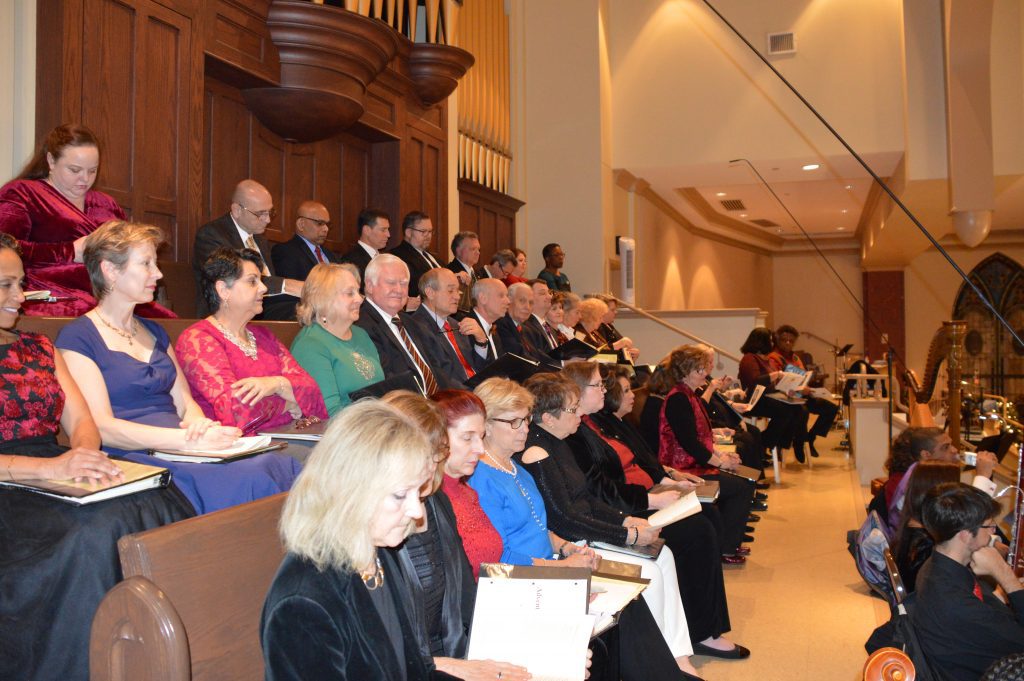 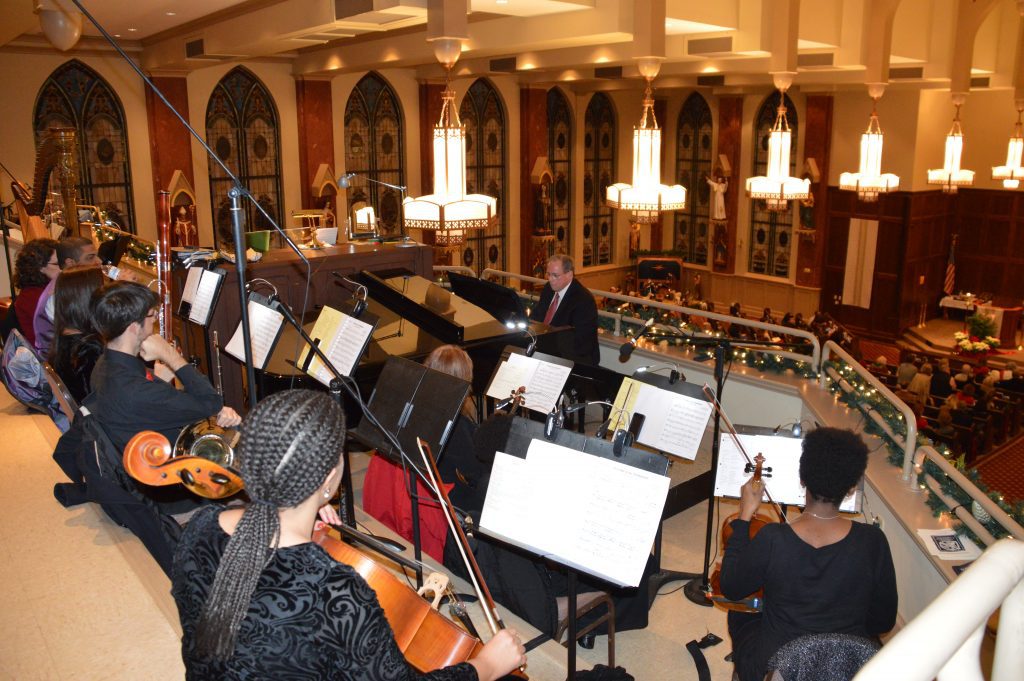 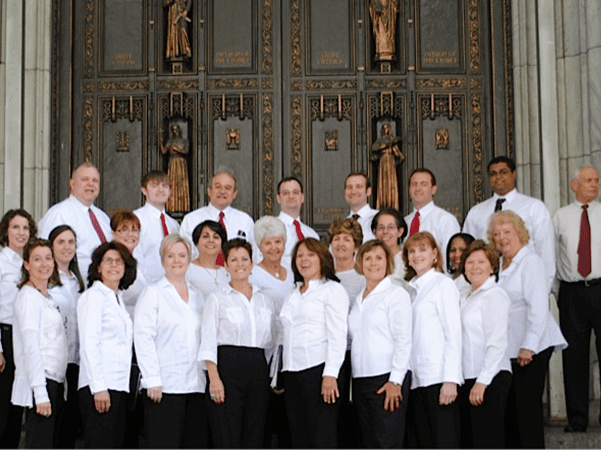 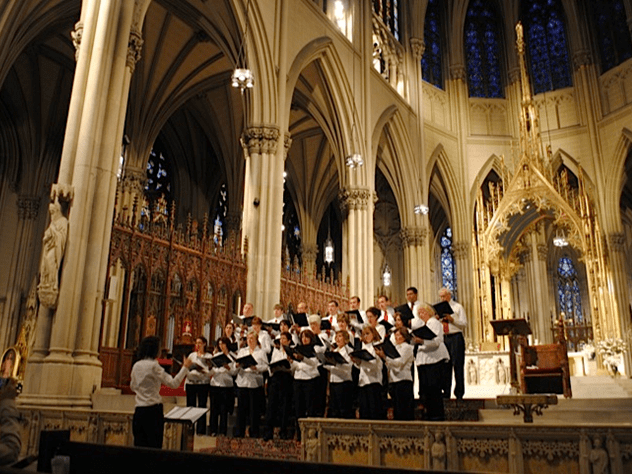 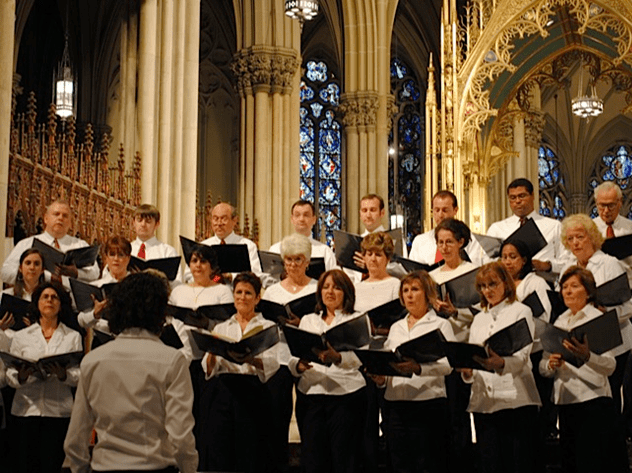 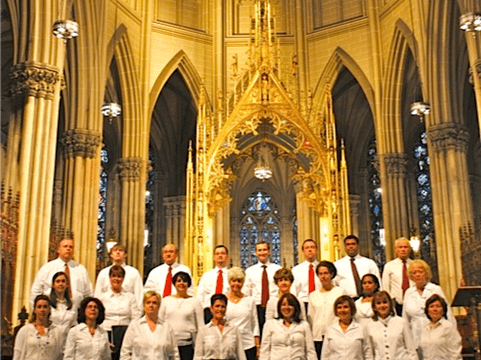 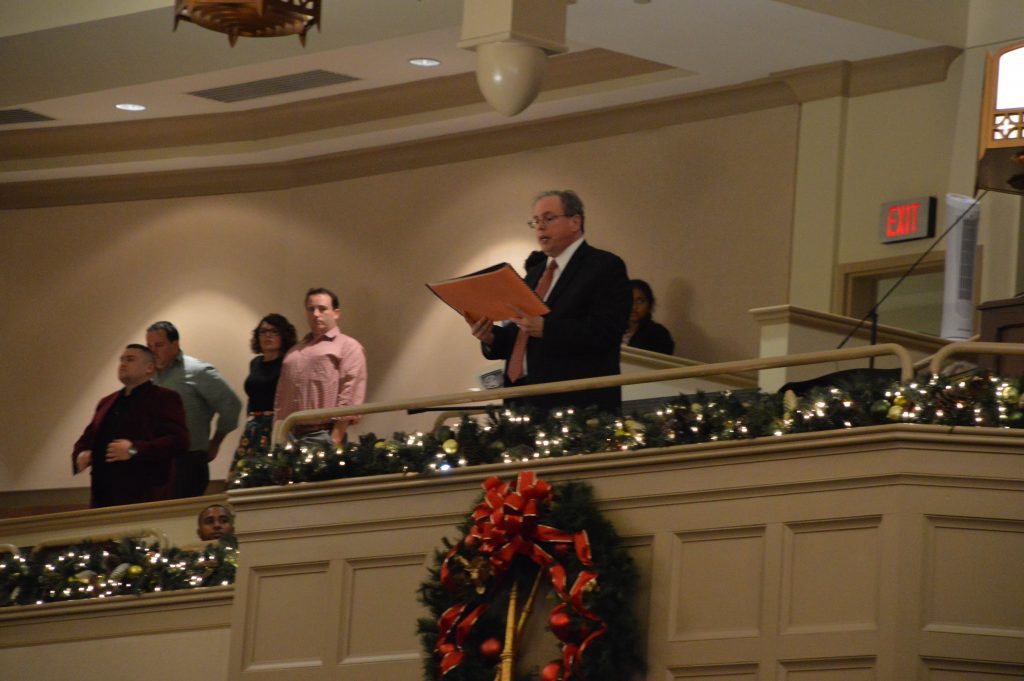 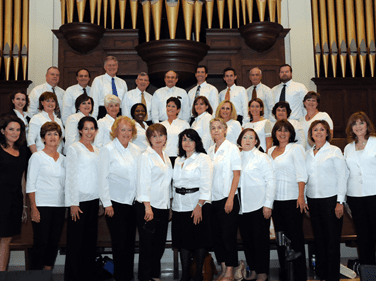 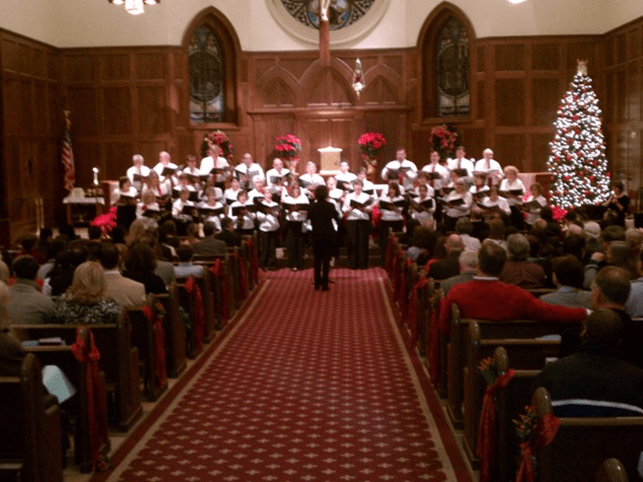