Lend us your Talents

Jonathan Eason holds a master of music degree in voice and piano from the University of South Carolina, where he studied piano with Raymond Dudley and voice with the noted American Heldentenor Gene Ferguson. After growing up Baptist, he converted to the Catholic faith in graduate school, in large part because of the spiritual treasure he found in the Sacred Music of the great masters.

Before coming to Saint Brigid in September 2013, he served as director of music at Our Lady of 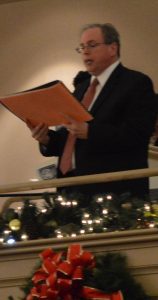 Perpetual Help in Camden, South Carolina, from 1993 to 2013. He became involved with the Church Music Association of America in 2006 and has never looked back, attending Sacred Music Colloquia XIX-XXI and XXV, as well as chant workshops in various places. Saint Brigid hosted the third annual Southeastern Sacred Music Workshop in July 2017, and Jonathan has served on the faculty of a number of Sacred Music Workshops since then.

Since he became director of music, the Choir of Saint Brigid has sung a number of archdiocesan events, including the closing Mass at the 2014 Eucharistic Congress and the archbishop’s annual 50/60 Anniversary Mass (2014 to present), as well as the 2016 recognition Mass for the Atlanta Archdiocesan Council of Catholic Women. Sursum Corda sang the dedication Mass for the new Columbarium (August 2016) and the Masses of thanksgiving of Rev. Bryan Kuhr (2017) and Rev. Robbie Cotta (2021). In addition to directing the Choir of Saint Brigid and Sursum Corda¸ he sits in from time to time with 4HG (For His Glory) and Journey of Praise.

As Organist, Jonathan specializes in the music of the French Baroque. He plays pieces written by Catholic Organists to be played as part of the Holy Sacrifice of the Mass; for this reason they are preferred above many other organ works. While the style may be unfamiliar to the modern ear, they are excellent examples of sacred instrumental music, often based on Catholic liturgical melodies.

His New Jubilee Mass, written for the Golden Jubilee celebration of Rev. Jerome Powers, his former pastor in Camden, is currently sung at Saint Brigid. The Choir of Saint Brigid has presented a number of his other works, including Responsorial Psalms, choral arrangements, and even sets of Propers for the Feast of the Holy Guardian Angels (2 October 2021) and for the memorial of Saints Pontian and Hippolytus (13 August 2022). 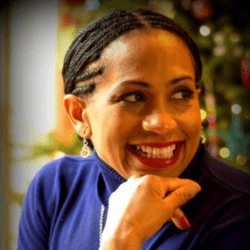 Charisse Excell is the Assistant Director of Music at Saint Brigid. Charisse directs the contemporary ensemble Journey of Praise as well as the Children’s Choir and Youth Choir. She is also a soprano section leader in the Choir of Saint Brigid. Before coming to Saint Brigid, Charisse directed the contemporary ensemble Refiner’s Fire and the Children’s Choir at Saint Benedict Parish for many years. As sound production minister for this parish, Charisse managed sound for parish musicals, cantors, guest artists and concerts. During her years at Saint Benedict, Charisse recorded the CD This Little Light with Rhythm and Praise, which sold out, and she was the featured vocalist on the CD Seasons of Meditation with Mueller-Excell. Both of these CDs were well received by the local Catholic community.

Charisse has been blessed to work with and learn from actors such as Mickey Rooney, Tommy Tune, and Nanette Fabray among others during her years in professional theater. In her spare time, Charisse enjoys sharing her professional teaching and music experience with her piano and voice students. 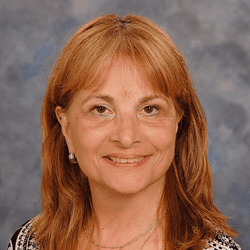 Catherine McClain is the Accompanist for Journey of Praise, Children’s Choir, and Youth Choir; she plays both piano and organ for other Masses as needed. As Wedding Music Coordinator, she meets with couples to plan Music for their weddings.

She grew up in the Maryland/Washington, DC area, graduating from Winston Churchill High School in Potomac, Maryland. She received an Associate of Arts degree in Music from Montgomery College in Rockville, Maryland, and her Bachelor of Music degree from Catholic University of America in Washington, DC. She received a Teaching Credential in Music (K-12) from California State University in Hayward, California.

A lifelong musician and educator, Catherine has been involved for many years as pianist and organist at many Catholic churches from Maryland to California to Georgia. “Music has been my life-long passion, and I am grateful for my God-given talent! I hope to share it with others for many years to come.” 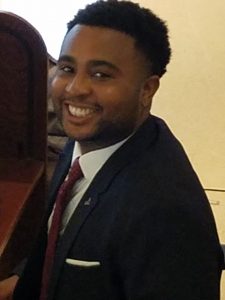 Rob Thomas has served as Audio Engineer for the Saint Brigid Music Ministry since August 2017. He has degrees from Francis Marion University (B.S. in Business) and the SAE Institute of Atlanta (Diploma in Audio Technology). He manages sound for the 9:00 a.m. and 10:45 Sunday Masses during the choir season, as well as for other occasions throughout the year. His technical knowledge, finely tuned ear, and ability to remain calm in emergent situations have been a blessing for the Music Ministry.