On Monday, January 17th, as a nation we honor the legacy of Dr. Martin Luther King, Jr. for his work in promoting the dignity of the human person.  One of the many quotes he is noted for is: “I have decided to stick with love.  Hate is too great a burden to bear.”  In honoring his legacy, we recognize the great strides that our country has made in overcoming the racial injustices of the past as hearts and minds have been changed.  We also acknowledge that much still needs to be done to heal the wounds and divisions that continue to exist in our nation.

As we reflect on the contributions of Dr. King, we also acknowledge the work of his niece Alveda King.  As previously indicated, she is a Christian woman, a mother, and a grandmother, and an outspoken pro-life advocate residing here in Georgia.  She often appears on television and has a national following.  She also speaks about the sanctity of human life at schools and churches and notes that full rights for all should include the rights of the unborn. 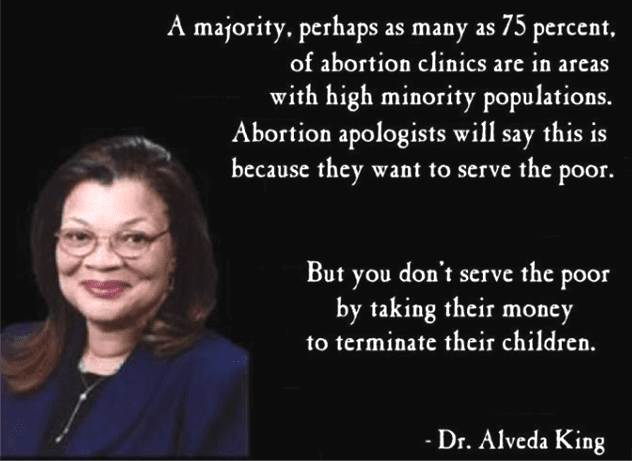 Mrs. King reminds us that as we acknowledge the strides our country has made in overcoming racial injustice, we cannot ignore another grave injustice that continues in our time.  It is the injustice of the callous disregard for human life, especially the life of the unborn.  Mrs. King has reaffirmed her belief in the sanctity and protection of all human life from conception to natural death.  She has urged us to place our faith in Jesus, the Divine Healer, and to continue to strive to change hearts and minds to correct this grave injustice.

As we reflect on the sentiments of Mrs. King, we are reminded that on Friday, January 21st, Archbishop Hartmayer will celebrate a special Mass for the Unborn at the Cathedral of Christ the King in Atlanta.  The Mass will focus on the gift of life, and bring attention to the 1973 Roe vs. Wade decision of the United States Supreme Court.  This decision effectively legalized abortion in this country.

Our Holy Father, Pope Francis has spoken often and eloquently about the evil of abortion.  As reported in the media publication “The Catholic World Report”, he deplored a “throwaway culture” in which aborted children are “discarded as unnecessary” declaring it “horrific even to think that there are children, victims of abortion, who never see the light of day.”  He has challenged us to bear witness not only to the value and sacredness of the unborn, but also to the elderly, and the physically and mentally ill.  He also asked us to be compassionate toward those suffering from the painful trauma of abortion and to pray for their healing.

We are invited to take to heart the examples of Dr. King, his niece Alveda King, and Pope Francis and do our part in promoting the dignity of the human person as we continue on our journey of faith.