This coming Thursday, we celebrate Saint Patrick’s Day.  Saint Patrick is one of the patron saints of Ireland.  He was a priest and later became a bishop in the fifth century.  As a youth, he lived in Britain, was kidnapped, and taken to Ireland where he lived as a servant.  After about six years, he escaped and went back to Britain.  He later returned to Ireland as a missionary and taught the people about the Christian God, and prepared many of them for baptism and entrance into the Catholic Church.  Saint Patrick often made use of a shamrock, a three-leaf clover, to teach about the Trinity (the Father, Son, and Holy Spirit).  He worked tirelessly in his ministry and won a very special place in the hearts of the Irish people.

Major parades take place on this day in New York, Savannah, Atlanta, and other cities celebrating the life and contributions of Saint Patrick to the Catholic faith and to Irish culture.  It is a special day for many of our priests who were born in Ireland and who faithfully serve the Archdiocese of Atlanta.  As we celebrate this day, Pope Francis urged the faithful to maintain a reverent tone and to not be distracted by those who strive to commercialize the day.  St. Patrick focused on people, not parades.  He prayed for the perseverance to be a faithful witness to the gospel as he embraced the mission and ministry of Christ.  He focused on eternal, not earthly rewards, and was responsible for many people choosing to embrace the Catholic faith.

As previously noted, “The Association for Catechetical Ministry”, reflecting on the life of Saint Patrick, stated, he “moved about Ireland continually, disregarding his own safety in a land that was treacherous to travelers.”  It went on to state, he “also strongly favored monasteries and small groups of consecrated women (convents came later) which afterward became a hallmark of Irish Catholicism.”

The following “Prayer about Saint Patrick” provided by the media outlet “Irish Central” reflects a desire for his intercession in spreading the gospel message in this day and age: 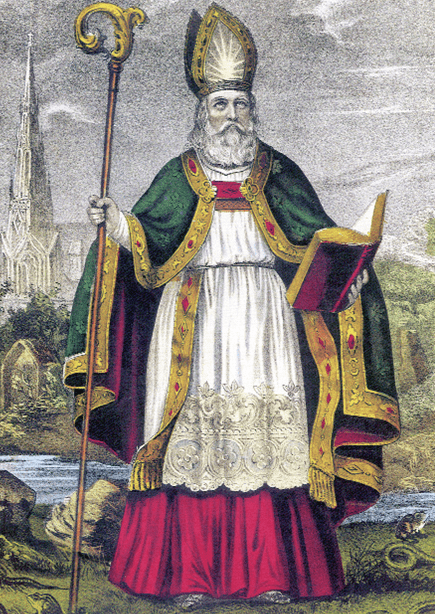 God our Father,
You sent Saint Patrick to preach your glory to the people of Ireland.
By the help of his prayers,
May all Christians proclaim your love to all men.
Grant this through our Lord Jesus Christ,  your son, who lives and reigns
with you and the Holy Spirit, one God, forever and ever.  Amen.

As we reflect on this prayer, we are challenged to reaffirm our commitment to spread the Good News of the gospel in the spirit of St. Patrick through our prayers and good example as we continue on our Lenten journey of faith.